Smartphones Are at the Center of the Internet of Things

The Internet of Things can be used to create a lot of opportunity for your organization, but there are considerable risks that your business can’t forget about, no matter how tempting it is to take advantage of them. Even though security remains a prime concern for businesses, it’s clear that the Internet of Things isn’t going anywhere. Therefore, you might as well embrace it, or at least prepare for it.

Taking the Internet of Things to New Heights
Smartphones are a perfect example of a device that quickly grows obsolete after only a couple of years. While this means that there is a lot of opportunity to take advantage of great refurbished devices at a discount, there are a lot of other creative ways to take advantage of smartphones as Internet of Things devices. For example, NASA has been using old smartphones for satellite initiatives since 2009, when the PhoneSat Project began. The costs of launching a satellite can be astounding, and that’s not even considering the process and materials used to create them. Instead of building traditional satellites for orbit, NASA has been working on nano satellites that can be built from components found in smartphones.

This initiative has been met with no surprising amount of success. Version 2.4 of PhoneSat, “CubeSat,” came back to Earth on January 31, 2017 after spending over three years in Earth’s orbit. Compared to full-fledged satellites, the small price tag of $8,000 is a miniscule price to pay for the efficiency.

Bringing the IoT Down to Earth
The Internet of Things has uses that are only limited by the imagination of creative and innovative individuals. Samsung Electronics has built a team dedicated to transforming older Galaxy smartphones and turning them into other kinds of IoT devices. This is called Galaxy Upscaling, and it’s being used to create some really interesting things--including a smart fish tank that can feed a fish with a text message, or a smart pet bowl that can send pictures of hungry pets to their owners every time they eat.

Security Concerns
Security is still a major concern for any IoT device, especially those that access sensitive data. IoT devices in particular are known to have less-than-stellar security features, and you can forget about them being reliably updated by developers. Of course, time will tell if these issues become more than a minor annoyance, so it’s best to stay in the know about any developments regarding the Internet of Things.

What are your thoughts on this matter? Let us know in the comments.

Facebook Twitter LinkedIn
Tags:
Smartphones Communications Internet of Things
Intro to Your Tech: Plug-In
Your Network is at Threat from the Inside, Too 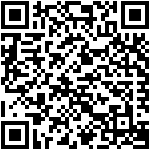