Why the Modern Billboard is Better

Billboards have been around in one form or another for millennia, starting with the humble handbill in 1450, or under a looser definition, with carved inscriptions on ancient Egyptian monuments. Today, technology allows us to leverage billboards and other forms of signage in new ways. Below, we’ll examine how these technological changes can benefit the small-to-medium-sized business’ use of this marketing medium.

Easier to See
First things first - a big sign on the side of a road tends to draw people’s attention. This is why billboards have been as effective as they have been for so long. However, new digital billboards have additional advantages that make catching your audience’s eye even easier. First, these signs are lit up by their very nature, and so will be highly visible in just about any conditions. Additionally, this will also make them more likely to catch the eye of a traveler along the roadway where the billboard is positioned.

It also doesn’t hurt that these signs are able to incorporate additional effects that a traditional billboard simply could not, namely, animations. Something in motion is naturally more apt to attract the attention than a static image. With digital billboards, you are able to make the most of this tendency.

Flexibility
Static billboards have one disadvantage in that they are, well, static - you can share one message until you make the investment to change it by redoing the billboard entirely. Digital signage changes that considerably, which is a good thing for you!

With a digital billboard, there is the adaptability built-in that allows you to embrace new strategies to get your message across. Because it is so much easier to change a digital billboard than it is to change a static billboard, your message can now be altered far more quickly - quick enough, in fact, that you can even have a billboard update its information in real time. You can include a countdown clock, if it fits into your strategy, to create a sense of urgency in an audience, or incorporate social media posts from the audience itself, bringing them into the fold and encouraging engagement with your company.

You also aren’t constrained to one message with a digital billboard. A digital billboard can be scheduled to transition between displays, allowing you to include more than one version of your advertisement in the rotation. This also enables you to more precisely target your audience, having your message displayed when they are most likely to be on the road.

Potential Cost Savings
Finally, a digital billboard offers considerable cost savings as compared to the traditional, static one. These cost savings come from a couple of sources.

As multiple messages can be displayed on a given billboard, you are effectively splitting the cost of the space with the other businesses using it to advertise. Instead of paying for exclusive access to the billboard, you have the option to pay only for the time your message will be displayed.

Furthermore, consider the process of updating and maintaining a conventional billboard display. These billboards are typically made out of vinyl, pasted in sheets to the solid base. Combining the cost of materials with the labor required to assemble each advertisement, this process becomes fairly expensive (and fairly time-consuming to boot). With a digital display, the entire process is made much quicker and easier, as it is effectively a matter of selecting a different file to present.

Facebook Twitter LinkedIn
Tags:
Marketing Gadgets User Tips
Which Hosted Solution Are You Depending On?
Tip of the Week: 3 Microsoft Office Collaboration ... 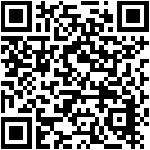